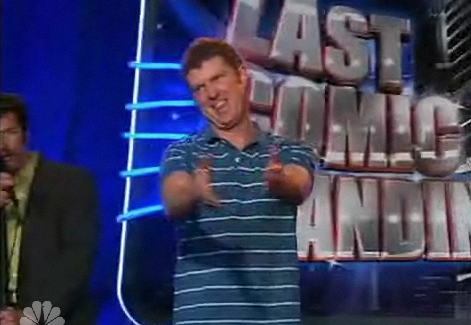 Watch former Eagle Rock School intern Chris Meehan and his brothers on Last Comic Standing (Clip 1) (Clip 2). LCS is an American reality television talent show that premiered in 2003. The objective of the program is to select a comedian from a group, who will receive a development contract with the NBC television network and a special first to air on the cable-TV network Comedy Central and later on the cable network Bravo. Last Comic Standing are already underway and are taking place in the USA and Toronto, Canada. Bill Bellamy will once again host, with British television host Fearne Cotton joining him as co-host. Season 6 semi-final rounds will be held and filmed in Las Vegas at the Paris Hotel & Casino. The season finale will also be aired from Las Vegas. The season premiered on May 22, 2008.