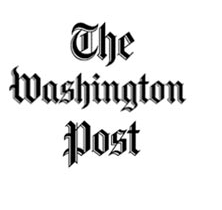 What do Woody Allen and Steve Jobs have in common? Among other things (including brilliant, creative minds), they both hated school and were discipline problems.

Allen once said, “I loathed every day and regret every moment I spent in school.”

Jobs noted, “I was pretty bored at school and turned into a little tyrant.”

Who are their counterparts today? How are schools dealing today with bright, creative students who are bored out of their minds in class?

A few years ago I spent time at Eagle Rock School, a great school in Colorado for at-risk kids from all over the country that is quietly and substantially funded by the American Honda Education Corporation. I noticed that many of the best students at this very effective school were highly gifted kids with extraordinary leadership, presentation, and communication skills.

Exploring further, I discovered that many of these same students had been in and out of two or three high schools prior to coming to Eagle Rock, in some cases voluntarily, in some cases not.

While talking with these students I realized that each of them could be described as creative dissident intellectuals, students with high intellectual and creative abilities who were difficult for teachers to handle.

The trouble they caused was not criminal but disruptive. This usually took one of two forms. One was active, such as sabotaging a class with sarcastic comments, or talking back continually to the teacher. Some, however, did it through relatively passive means, via sullen non-participation and/or other forms of quiet defiance. Not infrequently these students also were a challenge to their parents.

I am not talking about kids who had psychological problems. I experienced most of these students as delightful, highly perceptive, articulate, self-aware, and positively provocative in their thoughts and feelings about our society.

If they had lacked anything it was: (a) a supportive environment that engaged, encouraged and rewarded their spirits and their minds and (b) the skills to know how to effectively assert themselves. In schools and/or homes that they found discouraging, they didn’t know how to respond in an effective way to improve their situation.

Our schools are relatively effective at identifying gifted children but still fall short in understanding, reaching, and strengthening some of our most gifted kids, and none more so than those we experience as defiant and/or unreachable.

Importantly too, in failing these kids we greatly short-change ourselves as a society. Many of these students are leaders at Eagle Rock, with the potential to play a similar role as adults. In their former environments they were often lost and angry.

At Eagle Rock and similar schools, the answer is a curriculum that challenges the kids to think and create, and gives them lots of room to do this. It about teaching them to effectively channel their frustration with the world (or at least “their” world) into effective ways of changing it. And it’s also tough love, an environment that is high on support but sets very strict limits. At Eagle Rock it’s “break one rule and you’re out of here.” But importantly, there is patience and genuine compassion for them even when they are angry or withdrawn.

I think of the ancient stories of dragons that turn into princesses when met with courage and care. And I think too of the comment of Robert Burkhardt, the Head of School at Eagle Rock:

“Patience and understanding are always useful. I frequently think about the egg in gestation. We look at its hard, indecipherable exterior and are sometimes beguiled into thinking nothing is going on. Under the right conditions, in which we as parents and teachers have a big say, one day, as we near the edge of our patience, a beak will poke through, and we’ll realize that much was going on behind that blank white wall, even if we couldn’t see it.”