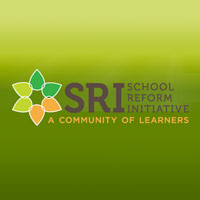 Years ago at a breakfast meeting during a Winter Meeting, Jonett Miniel brought together some folks working with pre-service educators. On June 19 & 20, 2017 we hosted our second summer retreat at Eagle Rock School & Professional Development Center.  Along with Eagle Rock staff Anastacia Reed, Michael Soguero and Dan Condon, SRI Affiliates Jonett Miniel, Ruth Whalen Crockett , Todd Sumner, Elizabeth Hearn, Aiden Downey, Ayodele Harrison, Pat Norman, and Susan Adams traveled to Estes Park, Colorado to collaborate with one another on how to better support pre-service teacher candidates in pre-service education using the principles and practices of SRI critical friendship.  We spent some of our two days applying the tools of Improvement Science to opportunities for improvement in our various teacher licensure programs.

Improvement Science is a methodology that uses inquiry cycles to solve a particular problem of practice.  Between now & Fall Meeting this Pre-Service group will be conducting “PDSA” cycles.  First, they’ve got an idea that they’re going to test & have planned action to take.  Then, they will do something & study the findings.  Afterwards they will act – either adopting, adapting or abandoning the idea as they continue additional cycles.

Pat, Jonett, and Susan chose to examine why too few teachers are choosing to collaborate in the face of challenge while the rest of the group dug into why too few participants in SRI critical friendship get to a place of feeling good about the support received.  To unpack those problem statements it’s important to uncover the root cause which we did through an interactive protocol called “Interrelationship Digraph”.  The group first listed 4 – 6 root causes & then forced themselves to say which cause caused the other one.  At the end of the process there is typically a root cause that is at the root of all the other effects.

Between now & Fall Meeting the two groups of folks will be engaging in frequent coaching calls with Eagle Rock as they engage in PDSA cycles running anywhere from a day to a week to a month in length.   One group is working towards developing greater agency and ownership among their interns while the other is focused on developing growth mindset among their candidates.   At Fall Meeting in Atlanta we’ll be convening again to further our work together as a Network Improvement Community, sharing with newcomers what we’ve been up to, and there has also been some talk about some relationship building amongst the group at a delicious Atlanta restaurant.