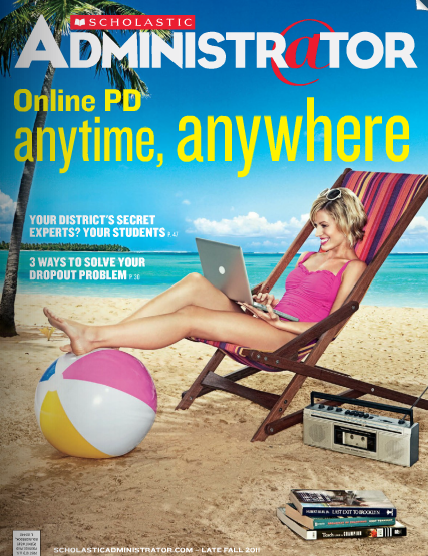 …Students at Eagle Rock School in Estes Park, Colorado, are included in staff meetings and help determine curriculum. “It’s more than window dressing. They’re the fabric of how the school operates,” says Daniel Condon, associate director of professional development, who has been at the school since it opened 19 years ago as a philanthropic effort of Honda Motor Company to give a second chance to high schoolers who didn’t have success at traditional schools.

Student representatives are elected from each of the school’s six residential houses to attend staff meetings and bring up student issues. “They show up like anyone else and report back to the house. We want to be transparent,” says Condon.

In his first year as a student at Eagle Rock, Taber Lathrop was a staff meeting representative and said he liked the leadership experience. “I think I’m being well prepared for the real world,” says Lathrop, 19, who entered his final year at Eagle Rock this fall.

Instead of teachers telling students what to think, students at Eagle Rock engage in discussions about ideas, which he says helps him create a deeper relationship with his teachers. “They are actually interested in what I have to say,” says Lathrop, who says he’s found teachers to confide in and that those connections motivate him to do well in the classroom and strengthen the respect he’s developed for them…

Download the entire article by clicking on the PDF above under “related files”.