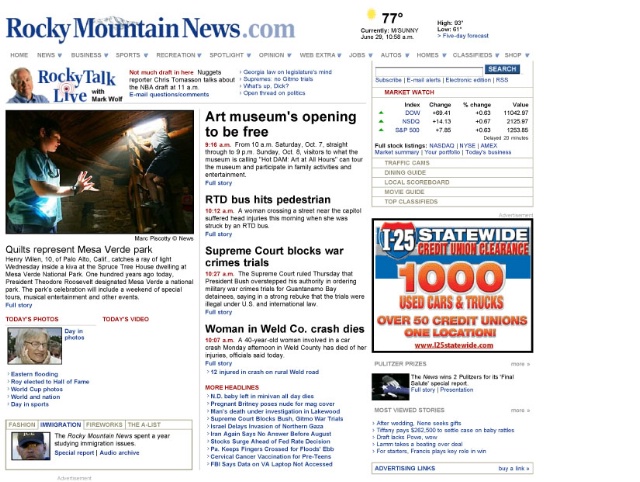 A bold and expensive experiment in American education begins next week in a mountainside setting outside Estes Park.

Teen-agers from Boulder, Commerce City, Estes Park, Loveland, Chicago, Los Angeles and San Francisco will move into the spacious dormitories of the Eagle Rock School a week from today.

These 16 students, 15- and 16-year-olds selected from public school districts after extensive interviews, make up the first class of a year-round high school that backers hope will instill community values and stimulate academic excellence.

American Honda Education Corp., a branch of American Honda Motor Co., plans to spend as much as $40 million in construction and operation costs over the next decade to support this alternative approach to secondary education.

Not all the buildings on the 640-acre Eagle Rock School campus will be completed by the historic first day, said Robert Burkhardt, head of the school. But the school’s philosophy was set long before construction began a year ago.

“Fundamentally, we feel if you are involved in the structure of the community, you will have a stake in the community,” Burkhardt said.

“Our students will be involved in this community, and that feeling of belonging to a community – and what it takes to be in a community – is a portable skill you can take anywhere.”

Eagle Rock School, which also will serve as a professional development center for educators, already resembles a small city.

There is a main building with administrative offices and conference rooms for teachers. Just down a concrete esplanade is the dining hall and morning meeting area for students and staff.

Students will take turns preparing and planning meals for their peers and staff in the dining hall.

Tucked behind the dormitories will be a gymnasium, equipped with a swimming pool, a climbing wall, a weight room and a martial arts room. Eventually, students will learn rock climbing on the three small peaks that form the northern boundary of the 640-acre compound.

Each dormitory, split into separate quarters for boys and girls, has a commons area and a study room. There also is an adjoining apartment in each dorm for staff members, who will serve as “house parents.”

The first class will get an immediate indoctrination. On arrival, students will be required to assemble their own beds, said Rick Lewis, school service learning director.

Later, in keeping with the school’s promise to provide community service, students will assemble a playground structure for a city park in neighboring Estes Park, Lewis said.

Students also will embark on a 21-day expedition into the Comanche Peaks Wilderness Area and the northern extremes of Rocky Mountain National Park, said Rick Penner, the school’s outdoor and human performance leader.

Each school function and program is intended to reinforce personal responsibility and respect for others, Burkhardt said. The first group of students will help the next group of 16, who will arrive in January, followed by another group in May.