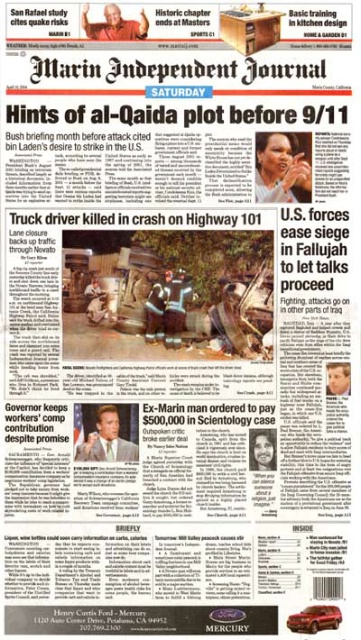 I’m not a religious person. I celebrate my culture but rarely attend a house of worship. I strongly believe in separating the church from public education.

Yet I’m concerned about a type of spiritual bankruptcy in most public schools, perhaps a reflection of our society. I was reminded of this recently when I spent several days at Eagle Rock School in Colorado, a place that is spiritually rich.

I periodically go back to the school for so called “at-risk” kids to be renewed and to be reminded of what is possible in education. From my first moments during this visit, I was continually aware that there was an important human dimension present that I rarely find in even the best of our schools, although I do find it in some classrooms.

My wife and I are having dinner our first night and a young woman sits with us. Like many of the students, she is filled with promise and challenged by her scars.

Robert Burkhardt, head of the school, walks to our table. Before greeting us, he puts his arm around her shoulder and gently kisses her on the head, while whispering to her. Her face lights up with a broad smile and her eyes are suddenly totally alive.

Later, we sit and watch student presentations of learning, a trademark of Eagle Rock.

Meschach … presents “Requiem for My Past” in which he carefully shifts his costume as he role plays three stages of his life. The first is the alive and happy kid who “could lead a congregation of 100 people,” the 8-year-old who virtually died when he and his mom left his … father for a town where he attended an all-white and racist school. Next comes the person who shut down to cope with this new life – “I was cold and no one could touch me.” Last is the new Meschach, who was reborn on the Eagle Rock wilderness trip. He concludes with a quote from Ghandi and by singing a song in Spanish, written by and in memory of his beloved grandfather.

Robert …, a member of a gang in California, is working hard to put his life in order. He struggles to describe why the past trimester was difficult for him. He stops, places his hands over his face, and chokes back tears, haltingly describing the death of a cousin who was “like my older brother” in a gang-related shooting.

“I’m headed back there on Sunday for our break and don’t know what I’m going to do. I’m still wearing these gang colors (pointing to his blue shirt) but I don’t want to die like my cousin.” Answering questions from our panel he reiterates that he doesn’t know how to deal with what he faces. His heart is still with the gang even as he knows education is the road to a better future. At Eagle Rock, he feels safe enough to share this with us.

The spiritual quality of Eagle Rock has nothing to do with religion. It has everything to do with human relationships. There is the warmth and the trust that allows these kids to be open about who they are, their challenges, their triumphs. There is easy touching between students and between faculty and students. It is the safe touch of caring and connection, between brothers and sisters, parents and children. A student sits stroking the hair of the young woman who is leaning against him. She may or may not be his girlfriend. It doesn’t matter. Poems are read. Ghandi and King are quoted. The messages are often about the human spirit and about how we should connect to each other.

There is a longing for care and for connection in most adolescents. Yet touch is avoided in our schools, in part out of a fear of litigation, in part out of some vestiges of the Puritan ethic. We need schools and classroom that create an environment of trust and open human accessibility in which our teens feel free to reveal who they are. Teachers need to be able to connect subject matter to the inner lives of their students, to make their subjects meaningful. And our schools need to be places where students can both learn and heal.

Mark Phillips of Woodacre is a professor of secondary education at San Francisco State University.