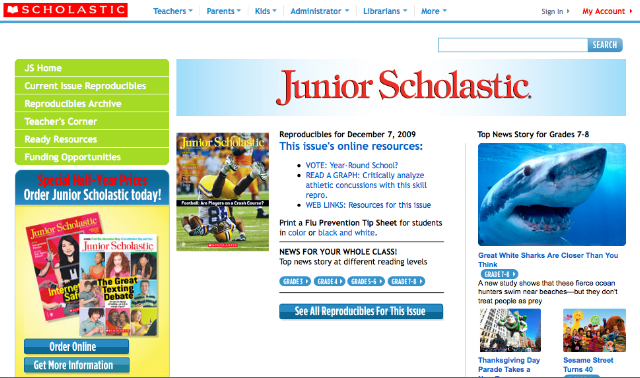 What is it like to have your freedom suddenly taken away? “You have no say in things,” says Edwin, 17, “They tell you when to sleep, when to eat…. Your self-esteem just goes down,”

By the age of 15, Edwin was hanging out with a gang. One night, he was arrested for driving a stolen car. He ended up in Los Angeles County’s Camp John Munz. California has nearly 20 such “camps” for young people who commit criminal offenses other than the most serious. At the camp, Edwin spent hours after school just lying on his bed. He was forbidden to move. After he was released, Edwin went back to his gang and stealing cars. Upon failing a drug test, he was sent to Camp David Gonzalez, also in Los Angeles County. Once again, he lost most of his freedom.

The recent death of 14-year-old Martin Lee Anderson made national headlines. On his first day at the Bay County Sheriff’s Office Boot Camp in Northern Florida, Anderson collapsed while exercising. He was then severely beaten by guards and died the next day. Anderson was sent to the camp because he violated probation by trespassing at a school.

“He [represents] many young Americans sitting in boot camps and detention centers across the state of Florida,” Sevell C. Brown, a civil-rights leader, told reporters. Yet the failing juvenile-justice system is a national problem.

Besides being targets of violence, kids stuck in the system rarely get the help they need. Many end up returning to crime once they are released. The California Department of Corrections and Rehabilitation reports a 91 percent recidivism rate among teens in its facilities. The national rate averages 82 to 83 percent, according to according to the Office of Juvenile Justice. “The guards would tell us, ‘You’ll be back. Once you’re in the system, you’ll never come out,'” says Edwin.

A RAY OF HOPE

The New Roads Community Program at Camp David Gonzalez offers hope for some teens, including Edwin. It is the only such program in California. Says Fernando Montes-Rodriguez, the director of New Roads, “We work with the kids where they are and build from there. We give them unconditional support to succeed.”

The program helped Edwin turn his life around. “I would look forward to [my time] after school,” he says. He took a journalism class in which students publish their own newspaper, Behind the Wall. The writing teacher “didn’t treat me like a [criminal],” Edwin says. Other after-school classes offered by New Roads include music, yoga, visual arts and computer animation. Students are also offered counseling and receive six months of support services after they leave the camp.

In the past two years, 67 percent of New Roads students have passed the GED. Graduates have gone on to work in real estate, entertainment, and nursing.

TAKING CONTROL OF YOUR LIFE

Today, Edwin attends Eagle Rock School in Colorado. He received a $40,000 scholarship for the residential high school, which is designed for students who dropped out or were expelled from school.

“I knew if I kept up what I was doing, I would have ended up dead or back in jail, like most of my friends,” Edwin says. He recalls something that he heard at Eagle Rock and took to heart: “If you don’t take control of your life, somebody else will [do it] for you.”

Montes-Rodriguez credits Edwin’s success not only to “his own motivation to not be a statistic,” but that “he had people who were willing to give him options. Being presented with options makes all the difference.”

STAYING OUT OF TROUBLE

JS asked Tom Reid Tom Reid, Senior Investigator at County, California, District Attorney’s office, for tips on staying out of trouble and dealing with the police. Reid has been a police officer for more than 13 years.

“If you always choose the right road, you’ll never have to worry about it later in life.”

Get involved in after-school programs.

If a police officer ever stops you, be respectful. It is also important to know your rights. In most instances, you are not legally obligated to consent to be searched.

If you are arrested, cooperate. “Even if you’re arrested for something you didn’t do, the time to fight it is not while being arrested, but after,” Reid says. You have the right to remain silent and to have a lawyer present before you speak to the police.

* district attorney: a public official who prosecutes cases for the government.

* probation: a trial period giving a criminal offender a chance to redeem himself or herself.

* recidivism: a relapse into criminal behavior.

Design a program for teen offenders in which they can learn from past mistakes and get the guidance they need. Write a paragraph describing your program. Why will it succeed? Be specific.

* what life has been like for a youth involved first in gang activity, then in the juvenile-justice system.

Under U.S. law, a juvenile offender or juvenile delinquent juvenile delinquent who is found to have committed a crime in states which have declared by law that a minor lacks responsibility and thus may not be sentenced as an adult. is someone under age 18 who commits an act that would qualify as a crime if committed by anyone 18 or older. Some under-18s charged with particularly heinous crimes have been tried and punished as adults. Usually, however, juveniles are treated less severely, and their records are “sealed”–not held against them after they turn 18.

COMPARING/CONTRASTING: How did Edwin’s experiences at the first detention camp and in the New Roads program compare? (At the first, he could do nothing but what he was told. At the second, he got counseling and had a choice of activities, including writing for a youth newspaper.)

MAKING PREDICTIONS: What might have become of Edwin if he had not entered the New Roads program? What do you think he will be like after graduating from Eagle Rock School? Give reasons to support your answers. (Answers will vary. Possible responses: He would have gone home and resumed gang life. After graduating, he will have knowledge, skills, and self-confidence he might not have gained otherwise.)

STRAIGHT TALK: Invite representatives from your police department’s youth division and/or a community program that helps keep kids out of trouble to speak to the class. Allow time for students to ask questions after the presentation(s).

* People, places, and environments: How a young offender has been influenced by youth gangs, detention camps, and a special school.