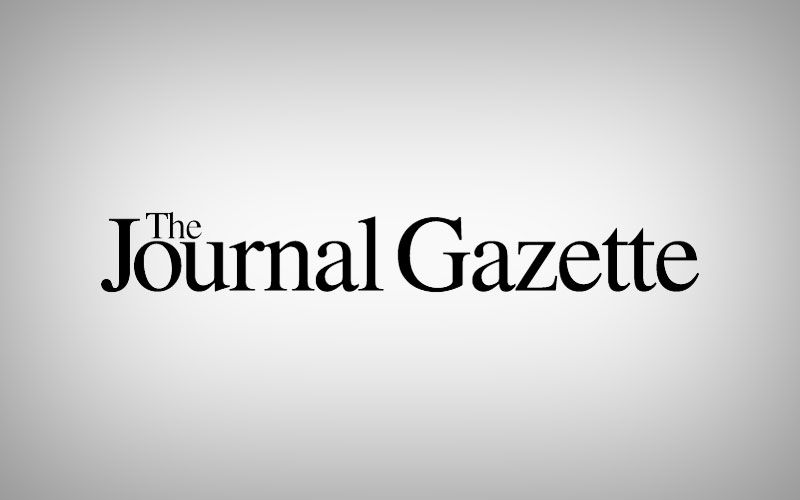 As a high school student on the verge of dropping out, Katie DeRaps needed a chance.

She might not have gotten one if it weren’t for a longtime relationship she and her mother had with a church in Aboite Township.

With financial support from Peace United Church of Christ, DeRaps in 2014 left Allen County for Colorado, where she finished her secondary education at Eagle Rock School with an accredited high school diploma.

Eagle Rock, an initiative of the American Honda Education Corp., is a high school for youth who have dropped out or are at risk of dropping out but want to make changes in their lives and positive differences in the world.

“I just needed a chance,” DeRaps said, “and that’s what they could provide.”

DeRaps, now 20 and of Fort Wayne, was a toddler when she and her mother connected with a group from Peace through a faith-based initiative between the Allen County Division of Family and Children and several local agencies.

Volunteers, who were recruited from churches and the community, worked as mentors for families trying to transition from welfare to work.

Jonathan Ray, president of the Fort Wayne Urban League, was director of the Division of Family and Children when the DeRapses began receiving mentoring through Peace.

“Absolutely, they are what I had in mind when I brought the initiative to Fort Wayne,” Ray said.

“They’re a testimony of what it means for somebody to have a hand up versus a hand out.”

Meeting over coffee last month, the parishioners recalled supporting DeRaps’ mother in various areas, including moving, banking and her résumé.

“We’ve been with her forever,” said Gary Dexheimer, who got involved with the program after a notice in the church bulletin caught his eye.

The group continued the relationship for a simple reason: They felt the need, participant Linn Bartling said.

She lacked motivation, Dexheimer said. “The model just didn’t fit for her.”

Both East Allen County Schools and Fort Wayne Community Schools can point students who are struggling to alternative education programs in the immediate area.

EACS operates the East Allen Alternative School, now in its sixth year. At least 85 percent of its students attend by choice, Principal Jeff Kline said, explaining they might be behind in their credits, have trouble with the size of their previous high school or want to finish their diploma early. The remaining students are at the school as an alternative to expulsion, he said.

“We think we’ve had some pretty good success with it,” Kline said, noting maximum enrollment is 110 students.

“We don’t want to see them drop out,” she said.

Options include the Youth Life Skills alternative program and, she said, programs at the Career Academy.

“We have multiple options for students, and if we can work with them one-on-one, chances are pretty good we will find something that will work for them.”

Dexheimer, who got involved with DeRaps through the Peace initiative, knew about Eagle Rock because his son, after graduating from college, applied for a fellowship through AmeriCorps and was brought onto Eagle Rock’s staff. He has since left the school.

When Dexheimer suggested it as a possibility, DeRaps said she figured she had nothing to lose by applying.

Eagle Rock, which is in the mountain resort community of Estes Park, has 72 students and seeks student-driven applications. Dexheimer said he made it clear to DeRaps that “you’ve got to want this.”

Although accepted to the full-scholarship school, DeRaps was responsible for travel expenses and health insurance which her mom could not afford, she said.

Peace never pressured the DeRapses to attend the church but paid those expenses, pastor Christen Pettit Miller said, describing DeRaps as a child of the church.

DeRaps, who finished her junior year at New Haven High School, began her Eagle Rock experience with a three-and-a-half-week wilderness trip in the Gila National Forest in New Mexico as part of the new student orientation.

“We have to prove ourselves,” she said.

Her support system at Peace worried about how DeRaps, a city kid, would take to the excursion.

“I think all of us kind of crossed our fingers,” Bartling said, adding they were “extremely proud of her.”

At Eagle Rock, DeRaps’ classes included a fashion design – she made a dress she designed – and a course named mountain lion citizen science, during which she participated in an ongoing research study.

DeRaps and her classmates set up remote-sensor cameras outside to collect data, she said.

Courses aren’t graded at Eagle Rock, but students document their learning and must give presentations at the end of every trimester and make a case that they have learned.

Students might not graduate until they are 20 or 21 because they might enroll overaged and undercredited, Dan Condon, Eagle Rock’s associate director of professional development, wrote in an email.

Dexheimer said it is evident DeRaps’ experience at Eagle Rock changed her. One time she was flying back to Colorado from Detroit but forgot her driver’s license, he said, and she ended up surrounded by four authority figures at the airport. She handled the situation like a pro, he said.

“She was just as cool as a cucumber,” he said, recalling how she once lacked self-confidence.

“What a change for this kid.”

Now a high school graduate, DeRaps plans to live with her sister in Mansfield, Ohio, and take college classes once she has a job, which she expects will be soon, she said.

She encourages others to apply to Eagle Rock if traditional high school doesn’t work for them.

But, she added, it’s “not for the faint of heart.”