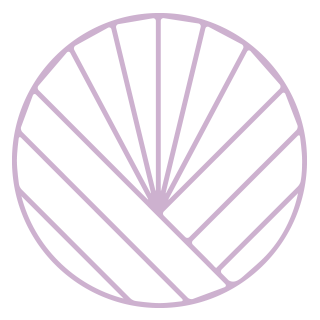 “Profile on” Japanese Americans in the Performing Arts

Recently, I was lucky enough to travel to Estes Park to visit the beautiful mountain campus of Eagle Rock School and meet with Meghan Tokunaga-Scanlon, a Colorado native performer and educator in the performing arts. As mentioned last month, Meg leads performing arts programming at Eagle Rock School and Professional Development Center, a small, private boarding school that focuses upon serving adolescents with “engaging, progressive education practices.” The students had just returned from a school break when I arrived and the campus was laid back, yet buzzing with youthful energy. Meg and I gathered on rustic, oversized leather couches in the lodge to continue our interview.

MOG: You are a Colorado native and Japanese American. What is your connection to the Front Range JA community?
MTS: My grandparents used to be farmers. They lived in Alton and they moved to Greeley—I think my mom was in elementary school. And so they knew a lot of people through that and they had a huge connection to people through bowling as well. My grandpa used to be a part of JAMBA, the Japanese bowling league….I would honestly say the connection began again when I picked up this musical and started reaching out to different organizations.

MOG: How did you find connections to the Internment Camp experience?
MTS: I googled JARCC, got in touch with them and I went to one of the All Things Japanese Sale. And I got to go to Pacific [Mercantile], so I happened to meet Marge Taniwaki. We met there, and then, every connection after that—I felt like I saw her everywhere and that was great….Hearing Marge’s story specifically—she came, she actually drove up to talk to our students and gave her depiction and her experience of what happened.

MOG: What drew you to Allegiance and why did you choose to perform it at Eagle Rock?
MTS: My mom and I had seen it [Allegiance] advertised when it was in New York and I was like, “Oh man, I wish I could go see it, but it’s so far away.” And then it came to the [movie] theatres….so my mom and I went to see it and we ended up seeing a bunch of our family there. I was just a really meaningful experience, I think, for the community… one—the show was written; and then—it got broadcast in a much more equitable way. I just remember sitting in the theatre being like, “Wow, I feel like these themes are coming up again in our world and it would be so cool if we could do this show [at Eagle Rock].”
And so then, I just happened to write to the company and was like, “Hey, I don’t know if it is up for licensing and I’m just curious” and I figured they were going to say, “No, it’s not up for licensing” and then they just shot back with “Yeah, are you interested? I could send you something to look at,” and I was like, “Oh!? Okay!” Yeah, it just kind of happened by chance and it [Allegiance] ended up fitting really well with what was going on at the time…. It feels really important to do this right now.
Part of the bigger picture is I feel like Eagle Rock intentionally picks shows that have more depth to them. Often times the topics are a little more controversial, but I find that ours students relate to that a little more.

MOG: Talk about the student and audience response to the production?
MTS: I think talking to Marge made it real for them. We don’t have a huge Asian or Pacific Island population here in Eagle Rock and so, even from the beginning, we were talking about the importance of even if you don’t look like the people in the story, the story is still universal, so how you communicate that story is important even if you don’t look Japanese.
I think the relationship they [the students] built with Marge and the more exposure they got to the [Japanese American] community, they just connected. The last few weeks when we were putting everything together, I could just feel the weight on [the students] and every time that they talked about it [the show] or talked about it in public with people they were like, “This is a really important story and we have to make sure that people understand and that they know.”
Because we’re up in the mountains and really far away from a lot of other places, so I feel like its really hard to get an audience…. [The audience] wasn’t hundreds of thousands of people, but it felt like everyone who came was really positive and really enjoyed it. And I think, really, the whole point was to start dialogue. During intermission, we had snacks and I heard people talking and talking about different ideas and looking at students’ projects. That was really awesome to see.
MOG: Tell me more about the students’ projects.
MTS: We had two students research Japanese Internment Camps in general….and then other [students] zeroed in on topics like No-No Boys. We talked about Sympathizers, people outside of the community who sympathized and were doing covert operations to try to help and support people.

MOG: What is your approach to developing choreography?
MTS: Choreography feels super important to me—in the sense that it should communicate the story. It shouldn’t be dancing for the sake of dancing. Why is the movement happening? How intentional can it be? So a lot of it [choreographing] is just listening to the music over and over again and thinking about “What is the message that needs to be communicated in this song and how can the movement add to that or enhance it?”

MOG: You mentioned helping your students to connect to Japanese American Internment experience presented in Allegiance by identifying universality in the story and characters. Can you speak a bit more about your perspective on issues of casting and diversity in the current performing arts?
MTS: It’s interesting. We taught a class a couple of years ago where we had this conversation of casting and color-blind casting versus intentional casting and when we were picking this show, we were talking about the difference between educational and professional [performance]. Very often with educational [productions], I think it should be as diverse as possible….I think there is a fine line between appreciation and appropriation and that’s all dependent upon the instructors—what research are they willing to do? What conversations are they willing to have? What experts are they willing to bring into the conversation to enhance the production so that it’s really a community effort and based people’s actual lives instead of just, “Oh, I watched this video and I interpreted it. I think that’s what it means, so we’re going to do it here.” So I think, often in educational settings—like middle school and high school—casts should be as diverse as possible. So, whatever your community, if you have students of mixed race and ethnicity, but the part says it’s white, that shouldn’t matter. The person who is best to play the part should play the part. I think that’s important for students to learn empathy and understanding and respect of other cultures; we can’t understand something that we don’t know. So I think in education, we have a little bit more room to play with it and that’s the best time for them [students] to learn, ask questions and make mistakes, and try things and really try to understand what that means.

And then, professional [performances], I think that’s where we need to do a better job. We do have the people who can perform in a show like In The Heights and be Hispanic and Latino and Latino. We DO have the Asian and Pacific Island actors to be in Allegiance and we don’t often see that. I think representation is important and, honestly, going to see Allegiance [Broadway production cinecast] at the theatre was a defining moment for me as a Japanese woman. I never see that. Even my mom was mentioning “I’ve never seen that many people that look like us in a movie.” I know that there’s a recent [revival of] West Side Story that was in Spanish and English and I was like, “Yes! That’s exactly what we should be doing.” Because for so long, in an attempt to pretend that we were “color-blind” casting, we just used a lot of yellow face and black face. Even though stereotypes are based on a truth, they’re not the only truth. So, I think in the professional setting, we need to do a better job and write shows that are representative of communities that are living here in the states.