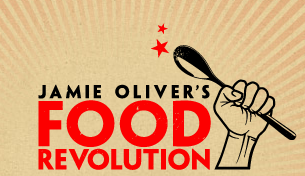 At Eagle Rock, a vast majority of our students have grown up on fast and processed food. Most did not know that bread is made from flour or that cheese is made from milk.

That was before we introduced the Science of Cooking class, to give them a glimpse into the making of some of the things that they eat every day. In this class taught by myself and Janet Johnson, students explore the world of microbiology through fermented foods.

Which is how, if you came into the science lab at our school last winter, you would have been greeted by a distinct briny smell. On a typical day in the lab, students would be spread throughout the classroom working in small groups, writing notes or mixing what looked like thick paint. If you asked them what that smell was, they would tell you that it was their pickles. But the pickles were old news – what they were working on then were their sourdough starters.

The first week of the course, the students began with a simple cup of flour and water. Each cup was given a name and date of birth. Then they waited. After days, bubbles began to appear. After a week, a clear “overripe fruit” smell let the students know that their starters were maturing.

As the starters bubbled on a countertop in the back of the room, students learned about their role as a breeding ground for wild yeast and “good bacteria” lactobacillus. They studied cell structure, reproduction and biological classification of bacteria and fungi. Then, when it was finally time to use the starters to make bread, they could put that knowledge into practice.

On baking day, the students used their individual wild starters to mix dough. They brought their dough over to the kitchen, where chef Mike Glowacki showed them how to shape and score it in preparation for the oven. After taking careful notes of the process, the students put their unique rounds of dough into the oven and headed to the computer lab.

The final assessment for the Science of Cooking was for students to create a scientific cookbook discussing, analyzing and explaining the three foods they studied and prepared.

As well as pickles and sourdough, they also travelled to a cheese importer to learn the ins-and-outs of cheese production. They studied coagulation and the history of fermented foods, before making fresh mozzarella and enjoying it on homemade pizza.

My pupils learned that the food they made in class was composed of the most basic ingredients, with none of the preservatives, binding agents and artificial flavors that hide in much of the food that they eat.

After our class, they felt empowered to make their own foods as well as seek out higher quality products. After learning what it means for bread to have a “good crumb” they may opt for a bakery rather than the bread aisle at the supermarket. More than anything though, the students developed a connection with the food that they eat that can only come from knowing all of the steps that it took to create it.

As the students worked to put the final touches on their cookbooks, word came that the bread was ready. They took a break to go try the fruits of their labor, and compare crumb, taste and rise. The sourest bread was the winner – but they gave props not to the student who had baked it, but to the creature that had created it: lactobacillus.