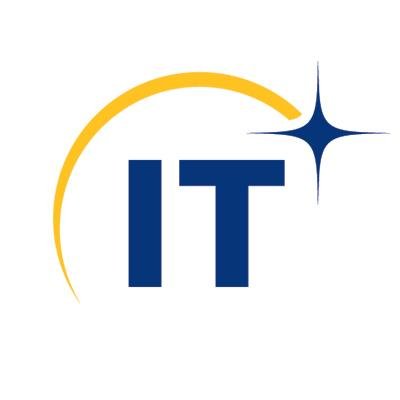 As part of its NextUp initiative to interest teens in tech careers, in 2017, CompTIA partnered with the FUSE program at Northwestern University to expand and enrich STEAM learning for middle and high school students around the country.

With support from NextUp, Eagle Rock School and Professional Development Center in Estes Park, CO, received a new FUSE Studio with CompTIA-funded tech activity. Eagle Rock is a full-service, not-for-profit educational reform organization that operates a year-round residential high school, serving adolescents who are not thriving in their current situations, for whom few positive options exist, and who are interested in taking control of their lives and learning.

“FUSE is lending opportunities to students to engage in STEAM learning outside of the classroom, outside of their traditional daily classes where they can pursue things purely based on their own interest and curiosity,” said Sara Benge, science instructional specialist at Eagle Rock. “They’re excited to learn the skills, so I think it has offered new insight into the world of STEAM learning that they didn’t have access to as much before.”

FUSE is a STEAM (STEM plus Arts) education program that facilitates student exploration and learning through hands-on, interest-driven challenges inspired by real-world STEM and design practices. In FUSE, students work in a studio-like environment, learn through making, and develop 21st century skills such as problem solving, persistence and communication.

“I knew I loved FUSE from the first time I saw it,” said one student. “As soon as I heard that we got a 3D printer, I didn’t even know what I could do with it, but I knew I wanted to do something with it. The idea of creating something is so appealing to me.”

In the free-choice environment of FUSE, every activity has to be engaging at every step of the way to maintain student interest.

“What FUSE gives is that infinite set of resources that you get with the internet or a whole bunch of math problems, but it gives it to us in a physical form,” said Becky Poore, math instructional specialist at Eagle Rock. “We have this wealth of physical resources that students get to pick and choose from, and this wealth of software that students can play around with and feel like they have that independence and choice.”

In FUSE, teachers like Benge and Poore act as facilitators, helping to guide the process of exploration and discovery by encouraging students to problem solve, take risks, try and try again, be creative and learn with and from their peers. Because students work on challenges in a different order and at different paces, they develop unique expertise that they share with their peers. Students become leaders, peer mentors and experts in various STEAM-related tools and practices.

“That’s the dream for me, is to not even have to intervene or come over and say, ‘I know how to do it, let me show you how to do it,’” said Benge. “I don’t need to be the keeper of the knowledge. The students have all of the tools.”

The biggest difference is that the students are the ones driving their learning, says Benge, and that they do not need to wait for the teacher to tell them what they’re doing that day, and they don’t need to wait for an instructor to lead them through a certain activity.

“They can come in and know what to do to get started, and all of the tools are at their disposal without needing to wait for an instructor or teacher to come around.”

Students in FUSE have access to a diverse suite of challenges. They choose who to work with and whether they work alone or collaboratively. This choice and interest-centered environment helps all students find challenges which inspire learning and engagement.

“I really like the fact that we can have our work be completely unique,” said the student. “The whole creation process, you can follow the guidelines and do what the tutorials ask you to do, but once you have the tools from that, you have the ability to really expand and make whatever it is you want to make.”

Each challenge is a carefully designed educational activity composed of levels in increasing difficulty. Each challenge is based in a STEAM topic and designed to appeal to students’ personal, non-STEAM interests. The leveled structure of FUSE challenges allows for personalized learning. The early levels hook students and provide early success, while more advanced tasks in later levels build confidence and ability.

“Level one is a whet the appetite kind of level, which gets students started with something easier, so they can see where they might go with the later levels, but it’s getting them to have that first success,” said Poore. “The next levels get more and more complicated, and they get to see newer and different successes and feel themselves moving toward that goal while also building the skills that they’re going to need to get there.”

The increase in difficulty sometimes leads students to not complete all the steps within a challenge. Many people may deem this a ‘F’ if they were grading a paper or filling out a report card, but the “F word” in question here – failure – is very rarely used, if ever, in a FUSE studio.  That’s because in FUSE, failure is just another try.

According to Benge, it’s important for the student to determine what ‘done’ is for them on a certain challenge. She offered her personal philosophy, saying, “I don’t think a done point requires them to have accomplished a set amount of challenges or a set amount of levels. It is up to them, and they have that challenge by choice and freedom to move through the levels at their own pace. We work with them on setting goals, but goals aren’t often centered around achievement of levels. It’s achievement of problem solving, or asking for support, so I think those are more of the things we work with them on in FUSE.”

“My favorite thing about FUSE is watching students find the challenge that sparks their excitement and curiously. Sometimes that takes a bit, but it’s cool to see them work through challenges and really stay focused on something that maybe they haven’t done in the past. I do think that students surprise themselves, but I think that it’s not necessarily exclusive to the FUSE labs. I think that students do that in their lives everywhere all the time.”