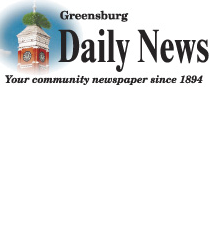 Eagle Rock School and Professional Development Center is anything but an ordinary educational establishment.

Nestled in a Rocky Mountain resort community, outward appearances might indicate that the institution has more in common with a sublime vacation destination than any sort of school curriculum.

But the students and educators housed therein are keenly aware that Eagle Rock is no mountain get-away. Quite the contrary, it’s a gateway to attaining an education that, for many of the students involved, simply wasn’t possible in a “standard” school setting.

At Eagle Rock, a fully-accredited learning institution created as a nonprofit subsidiary of the American Honda Motor Company, a small but diverse group of students Ñ all between the ages of 15 and 17 Ñ are getting a second chance to learn. All of the students attending, approximately half of whom are natives of “The Centennial State,” made the decision to leave school for one reason or another, choosing to prematurely end their education in lieu of pursuing a diploma.

After dropping out of high school, these students elected to “drop in” at Eagle Rock, and finally found the academic acumen that had eluded them in their previous attempts.

Scholastic success coupled with learning how to be a productive, responsible citizen Ñ above all Ñ is the goal of Eagle Rock School and Professional Development Center.

And despite its picturesque surroundings amid the cool Colorado mountain air, the school is much less about altitude than attitude; and the primary elevation stems from within, specifically the students’ required mastery of Eagle Rock’s unique curriculum.

There are no grades at Eagle Rock, meaning that course failure is not a possibility. Some “class time” is spent on a wilderness trip. A purposefully diverse group of students from all walks of life builds a “community of learning” free of the inherent “pack mentality” found in so many high schools across the nation.

Eagle Rock seeks to teach life skills that can’t be acquired through a textbook in addition to all the knowledge a student must garner in preparation for college. A set of “guiding principles” seeks to motivate each student to that end.

Expectations are as high as those of any other high school in the country, and making students feel they are of service while attaining a sense of belonging are additional attributes Eagle Rock endeavors to instill in each student.

The results speak for themselves.

Eagle Rock divides its educational calendar into trimesters and graduates students three times annually. Students learn at a pace acceptable on an individual basis and engage themselves with a variety of non-standard learning techniques. As an example, one instructor chose to refer to a Biology course as “Blood and Guts.”

Students graduate from Eagle Rock when they meet five required expectations: Expanding his or knowledge base, exhibiting effective communication, creating and making healthy life choices, engaging themselves as “global citizens” and practicing leadership for justice. There is no set “timetable” for this achievement. Time constraints are eschewed in favor of attaining proficiency. Approximately 70 percent of graduates make the decision to follow-up their Eagle Rock experience by seeking a higher education degree.

A Kappan Magazine article centered on Eagle Rock states that all students attend at no charge and of their own free will. The school is funded entirely by the American Honda Education Corporation (AHEd). It was established in 1993 and houses a maximum of 96 students at a time. In short, the institution is a customizable learning opportunity for those who have experienced difficulty in getting an education through the “normal” route.

Honda Manufacturing of Indiana (HMIN) takes steps to promote Eagle Rock to area teachers. This is done as way to showcase not only the opportunities offered through Eagle Rock, but also as a potential means of educating instructors on how best to deal with at-risk students as well as those who are merely struggling in the classroom.

Statistics have shown that students give up on school for a variety of reasons. These can stem from feelings of isolation or inadequacy in a school setting all the way to simply not being part of a home life that places any sort of emphasis on learning. Eagle Rock’s instructors attempt to combat this academic disdain in all its forms.

Anita Sipes of HMIN’s corporate communications stated that one of her company’s overarching goals for the program is to share the opportunities Eagle Rock affords those who choose to become a part of it with local teachers. The program requires as much involvement from its educators as it does its students.

The nontraditional Colorado school also offers a sort of “trickle down effect” in the education process. Instructors who visit Eagle Rock or interact with its faculty members can gain new tips and knowledge in how to deal with at-risk youth in their own schools, Sipes indicated.

One such local instructor, Scott Holdsworth, recently donated his time and talents to helping the youth of Eagle Rock. The Daily News plans to highlight Holdsworth’s accomplishments and personal experiences in an upcoming edition.

In the meantime, interested parties may contact Anita Sipes at HMIN by phone at (812) 222-6000, ext. 75278. Far more in-depth information on the Eagle Rock School and Development Center can be found on the internet at www.eaglerockschool.org.