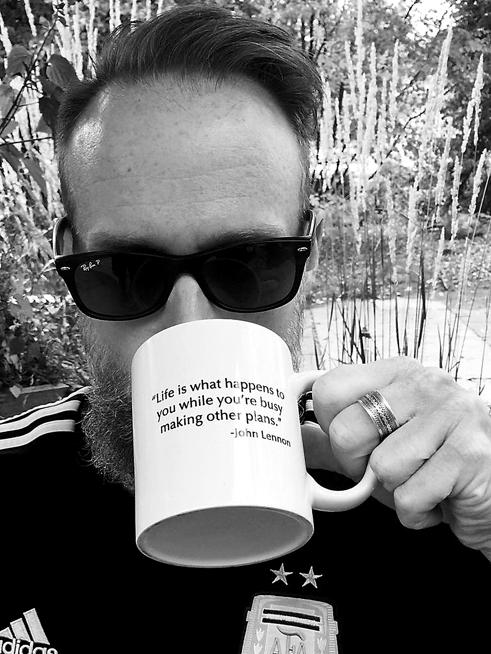 Kevin Reed never imagined himself as a small business owner in Estes Park, but he’s found it to be the perfect fit.

Nearly 10 years of unexpected life circumstances have led Reed to become the owner of the coffee, paper and writing shop Inkwell & Brew.

Reed considers himself a literature geek and a coffee aficionado. He was first introduced to the modern coffee house culture while a student at the University of North Carolina at Chapel Hill. Reed frequented coffee shops in the area as a student and during his early career in boutique hotel management.

In 2007, Reed was in between hotel management jobs and began working at one of Chapel Hill’s local coffee shops.

“That’s when I got the bug big time,” Reed said. “I think there has been a coffee revolution in the last 10 to 15 years. I grew up on terrible coffee. The whole coffee culture didn’t exist when I grew up.”

Although Reed loved the coffee house environment, it would be several years before he found his niche as the owner of one.

In 2008 Reed decided to leave Chapel Hill and the hotel industry in search of a fresh start on life. After traveling for a few months in New Mexico, Reed decided to visit Estes Park. His parents owned a summer home in town and he was familiar with the area. 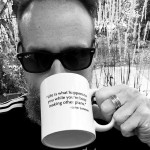 “I knew I wanted to be in the Rockies, but I didn’t know it would stick,” Reed said. “I wanted to be anonymous. I wanted a life change. I was really doing the wanderlust thing, but it stuck.”

Reed remained in Estes Park, where he spent much of his time pursuing work as a writer. In 2010 his life took another unexpected turn.

During a trip to visit his parents in Nashville, Reed met Anastacia Galloway. Galloway was a waitress at a restaurant where Reed was having dinner with friends.

“We joke about this now at the shop – how you aren’t supposed to ask out your waitress or your barista. But she and I started talking about our travel experiences and there was this instant connection,” Reed said.

At the insistence of his friends, Reed asked Galloway out before leaving the restaurant that night.

“That week Nashville got hit with a massive flood, and my parents’ house flooded,” Reed said. “I was in between jobs, so I just stayed to help.”

The extra time in Nashville allowed Reed and Galloway to get to know each other. The instant chemistry they had shared at the restaurant continued on. That summer the pair traveled to France and Spain together. Soon after, Reed moved to Pennsylvania to join Galloway as she began law school.

Galloway completed her first semester of law school at Penn State before deciding that it wasn’t a good fit. Reed returned to Estes Park in January 2011 with Galloway by his side.

It was then that Reed began working at Longs Peak Coffee and Paper, fueling his love of the coffee house environment that began as a student in Chapel Hill. He worked through the flood that hit Estes Park in 2013. The shop recovered, but one day in 2014 the owner approached Reed and offered to sell the business to him. Reed jumped at the idea and purchased the business with Galloway.

“We didn’t feel like Estes had the exact kind of coffee we were looking for. We wanted to do something a little different. We kind of geek out behind the counter,” Reed said.

Longs Peak Coffee and Paper shut down for a month while Reed remodeled and reopened as Inkwell & Brew. The store has maintained its original coffee house and paper store concept, but Reed’s vision is for Inkwell & Brew to be a downtown haven for artistic personalities like himself.

“I’m a neo-luddite, pretty much,” Reed said. “I try to keep alive the art of writing by hand in the digital age. I handwrite letters. Kindles are convenient, but I love the feel and smell of a book.”

Reed has worked on growing the store’s assortment of paper and writing merchandise, and he is selective about the coffee he chooses to serve behind the counter. But building inventory and finding the best suppliers are just two of many things that Reed has learned as a small business owner.

“Grand ideas take time,” Reed said. “I’ve had to balance rolling out this grand vision with the seasonality of the area and financial discipline. It’s a learning experience but it develops in this great organic way.”

“This is my passion. She (Galloway) has found her passion. I think we’re really lucky,” Reed said