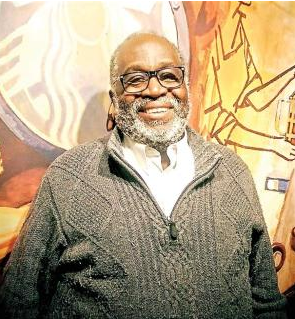 Philbert Smith has worked with a variety of underserved youth for 42 years. Unlike some, Smith happened upon his life’s work by accident.

While living in Detroit in 1972, a friend of Smith’s recommended a part-time job for him at St. Francis Home for Boys. Working with teenagers was initially challenging, but something about the opportunity stuck.

“I saw the purpose of making a difference in a young person’s life,” Smith said. “I feel that I was blessed with two parents who were stable and had an intact family unit. I saw that I could make an impact on someone who didn’t have that.”

Smith continued working with youth in Detroit and Houston before landing another accidental opportunity, this time with Eagle Rock School in Estes Park. It was 1994, and the school had recently opened. A colleague in Denver submitted Smith’s name, without his knowledge, for a job there. After a few conversations with the school’s leadership, Smith accepted the job. He currently serves as director of students.

The job at Eagle Rock brought Smith and his wife Melita to the area. They have two daughters who were born and raised in Estes Park and currently attend college in Denver and Columbia, Missouri.

When Smith isn’t at work, he enjoys cooking Southern soul food and reading non-fiction books. Every couple of years he revisits his favorite novel, “Native Son” by Richard Wright.

Smith’s wife Melita is a social worker with Larimer County. She does not currently work with youth, but has done so in the past. When asked how Melita might describe him, Smith said, “She’d probably say I love my work, I’m focused, and I love my family. She’d probably say I’m headstrong too.”

As for his daughters, “They’d probably describe me as loving and quirky,” he said.

In August 2016, Eagle Rock staff and students will bid farewell to Smith. He recently announced that he will retire after nearly 22 years at the school.

He and Melita eventually plan to move to Atlanta, where they can enjoy the warm Georgia weather and be closer to Smith’s mother.