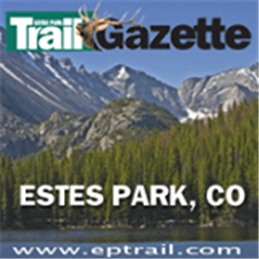 When Wade Johnston thinks back about the time he spent in Estes Park as a kid one thing jumps out: the smells.

“As a kid of course you remember stuff like the bumper boats and the big slide,” Johnston said. “But the summer smells of pine needles really made a big impression on me.”

Johnston has been visiting Estes Park for as long as he can remember, staying at a cabin his grandfather built, so when he got the opportunity to help start a local brewery here he jumped at it.

In 2013 he was approached to help with the launch of Lumpy Ridge Brewing Co. doing sales and designing their labels. Johnston had been working as a tattoo artist in Denver for more than seven years at that point and said he was ready for a new challenge.

“I started talking to Nick [Smith, Lumpy Ridge owner] about doing artwork for the brewery,” Johnston said. “He had me over and I tasted his ribs and they were the best I ever I had. So I was in after that because this guy clearly had good taste.”

Johnston didn’t originally set out to become an artist. He grew up in northern Virginia and studied at James Madison University to become a geologist. For a year and a half after graduation he worked in geology in Virginia, doing train-derailment response and exploratory drilling. However, he said he needed a change and decided to move out to Hawaii to work on a farm.

It was in Hawaii that he began to draw the local birds and realized he wanted to pursue art as a career. After a few months Johnston left Hawaii and came to Colorado where he got plugged into the tattoo business after displaying some of his work at a Denver art show.

He is now using that experience to mentor an Eagle Rock School student in the tattoo business. Johnston said he is hoping to get the 17-year-old ready for a career as a tattoo artist while helping avoid some of the pitfalls he found in his own career.

After leaving his job as a tattoo artist in 2013, Johnston moved to Estes Park just in time to witness the flood.

“As someone who has been coming here for years, seeing that canyon change overnight was just incredible,” Johnston said. “As a geologist witnessing an event like that it was really amazing, but in a depressing way.”

Johnston made it through the flood and continued to work with Lumpy Ridge to help them open in 2015. He’s been designing their labels and doing sales and delivery for the brewery ever since.

Johnston turned the tasting room at Lumpy Ridge into his own gallery, painting murals on the walls and displaying his artwork. Some of his most interesting pieces involve ink drawing of large animals, which are comprised on smaller images telling different stories.

“You know one day I just got the urge to draw a big bear,” Johnston said. “I started with the eyes and moved on from there incorporating images within the image. It’s become kind of my style.”

You can see Wade and view his art at Lumpy Ridge Brewing Co. at 531 South Saint Vrain Ave. Monday-Friday 3-7 p.m. and Saturday-Sunday noon to 6 p.m.