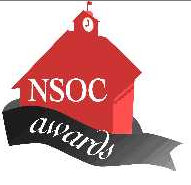 Schools that apply for NSOC recognition benefit from self-assessment as well as the expert feedback they receive at no cost. Once they reach a standard of excellence, a process that may take several years, they are recognized as Schools of Character and asked to help other schools transform their school cultures. Describing the program as a path to school improvement through high-quality character education, CEP has offered the NSOC program to K-12 schools and districts in the U.S. since 1998.

“We are excited to have the opportunity to share the stories of 28 more school communities doing the right thing for kids,” said Lara Maupin, NSOC Director. “These are schools where parents get choked up telling visitors what the school means to them.”

The 28 National Finalists were selected from an applicant pool of 126 schools and districts across the United States based on the quality of their written applications. In March and April they will undergo an intensive screening process that will include site visits and analysis of the impact of their character-related efforts on academics, student behavior, and school culture.

The Finalists include 17 elementary schools, four middle schools, two alternative high schools, three mixed-grade schools, one K-12 public school district, and one national charter school district. They represent 15 states and Puerto Rico, with Missouri having the highest number at six. Over half of the Finalists have student populations where one- quarter or more qualify for free or reduced lunch.

The 2012 National Schools of Character will be announced in early May. CEP will honor these schools and districts at the 19th National Forum on Character Education, to be held November 1-3, 2012 in Washington, DC. Visit www.character.org to learn more about the NSOC program and the 2012 National Finalists.

Alex Kotlowitz writes in his 1999 New York Times Sunday Magazine piece about Eagle Rock School and Professional Development Center, “We school people are really gifted and talented at finding reasons why the good things happening at another school can’t possible happen at my school,” said Roland S. Barth, the founder of the Principal’s Center at the Graduate School of Education at Harvard and a visitor to Eagle Rock. “ ?There’s a lot of conversation now about character, about values, about teaching respect. It’s often rhetorical. I don’t think many schools are as intentional at developing community and really being clear about what the values are of that community as is Eagle Rock. “It would be only fair to point out that its components – smallness, teaching values, experiential learning, service requirements, presentations of learning “ are not new. Rather it is the chassis that Eagle Rock has welded with each of these parts that presents such a startling new design.”

Eagle Rock, an initiative of the American Honda Education Corporation, a nonprofit subsidiary of the American Honda Motor Company, is both a school for high school age students and a professional development center for adults, particularly educators. The school is a year-round, residential, and full-scholarship school that enrolls young people ages 15-17 from around the United States in an innovative learning program with national recognition.

The Professional Development Center works with educators from around the country who wish to study how to re-engage, retain and graduate students. The center provides consulting services at school sites and host educators who study and learn from Eagle Rock practices.