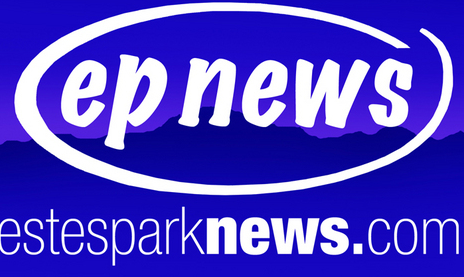 Pecking order at Lake Estes: an osprey dives, hits the surface, emerges with a trout in its talons and lifts heavily into the air. Like an arrow loosed from a longbow, the bald eagle speeds directly at the interloper, chasing like a sidewinder missile and forcing it to drop the hapless fish. A peregrine floats hesitantly nearby, hoping in vain for a snack, while turkey vultures, knowing their place, hang back for leftovers. The eagle, after evicting the osprey, rises haughtily and circles the lake in an imperious victory lap.

“Ain’t It Awful” is a popular pastime identified fifty years ago in Eric Berne’s bestseller GAMES PEOPLE PLAY; it underscores our unsavory human propensity to complain, in which we substitute illusion of action for confronting issues directly. “What’s the matter with kids today?” has been a convenient canard for centuries; too many adults see civilization’s collapse in today’s young. They haven’t met Vidal Carrillo, who has chosen a life of consequence over frivolity and fluff.

Vidal, now in his third year at Colorado State University, intends to be an emergency response physician. “I want to provide health care in other locations. I’d like to be part of Doctors Without Borders and go into developing countries in Central and South America and be of service. I want to help people by increasing the quality of life. I want to be a servant to the people’s health.”

“Life ain’t been no crystal stair” for Vidal, in the words of Langston Hughes. “I used to blow up and get angry. I would hold a grudge. It was a behavior I learned from watching my brother and sister. They would look for revenge. I became a rage monster, thinking of ways to get back at you. And I was subject to other bad influences in LA. I would go with my brother and nephew to the beach to hang out. We were the three musketeers, so I followed them. I wanted to be with them. They started smoking marijuana. The police pulled us over and started to charge us with possession. I realized if I stayed with them I’d be brought down.”

What changed? “I went on a prospective visit to Eagle Rock School (ERS), loved it, and fell in love with everything there, especially the innate altruism of the staff. I loved the wilderness. Eagle Rock was the start of a lot of firsts. I had never camped or hiked or gone white water rafting. ERS exposed me to a whole other world. I was pretty restricted where I was from in Canoga Park. There was definitely a much different culture at ERS. The way I used to handle situations wasn’t tolerated. One time another student wasn’t respecting women; he did something stupid and I attacked him. I came so close to losing ERS; it was a huge eye-opener for me. It was then that I began making conscientious choices for the better.”

In summer Vidal serves on the RMNP Interagency Hotshot Crew, commonly known as the Alpine Hotshots. Several years ago Vidal earned an ERS summer internship in RMNP on the greenhouse crew; his work ethic gained him a winter position. “It was a defining moment; I wound up on different projects—cleaning toilets, shadowing the fire crew, helping bear biologists, working on mitigations—a very rich experience. I started working out with the Hotshots in the morning. There’s no b.s. with them, no sugarcoating. They learned I wanted to be a firefighter, so they knew why I was there. I wanted a foot in the door. They sized me up—my values, goals, why, why, why—the core of who I was and who I am. I guess I had some good answers. They gave me assignments to read—physical standards, etc. I improved my fitness, went running with them, but I didn’t really know what was going on. I didn’t fully realize they were testing me. One day my phone rang. ‘How would you like to work with us? Want to be a Hotshot?’ My heart dropped and I started stuttering; I had been idolizing these guys. I said yes.”

Hotshot season lasts six months. Vidal only works three because of school. “It takes a toll on the crew. When I graduate I will work two full seasons with Hotshots to pay back the debt I have incurred. You have to be fast to make it with the Hotshots. I thought I knew what running was; they took it to a new level for me. We pride ourselves on running; it’s our brand. The speed at which we run is insane. We run as a group, five miles or more in the Park on steep slopes, running up mountains. There are people who are basically machines. We don’t seek the bare minimum—we try to be the best.”

Vidal described his experience on a fire in Arizona: “It was a series of incredible moments: painful, beautiful, gorgeous county. All the phases of fighting a fire were there: we dug fire lines; we used drip torches to burn out; lots of hiking and mop-up; cutting down trees; twenty-four hour shifts; holding lines; just everything. This is where I got to see my bosses in action: planning, delegating, meeting. It was the way they fight fire aggressively but always with reduced risk. I got a rush. I never felt unsafe. One day we were burning out, the relative humidity was very dry and it was windy. We were going to tie into another burned area; I’m holding the line, watching for embers. I see a wall of flames rise from the interior of the fire. It pushes towards us. Trees were exploding, embers going to the unburned side; they started catching. I was so captivated by the fire behavior. It looked like burning rain. We hiked back to safety zone, two miles away. The whole mountainside was pockets of heat and burn. It looked like the sky was on the ground that night. And then—this Hotshot crew is extraordinary—we are all like-minded, we want to work hard, our supervisors have a great selection process. We are cohesive, we fit, we want to help each other; everyone is there because they want to work hard. It’s so special to be part of that. I’m really grateful I get to work with the Hotshots. I don’t have enough words to thank them for their help, investment in me, helping me with my college application process; I don’t know what other job would do that. They want to see me succeed. It’s an example of the benevolence in humans.”

Thank you, Vidal. You represent the best of your generation, and you inspire hope in all you meet. You make a positive difference in this world.