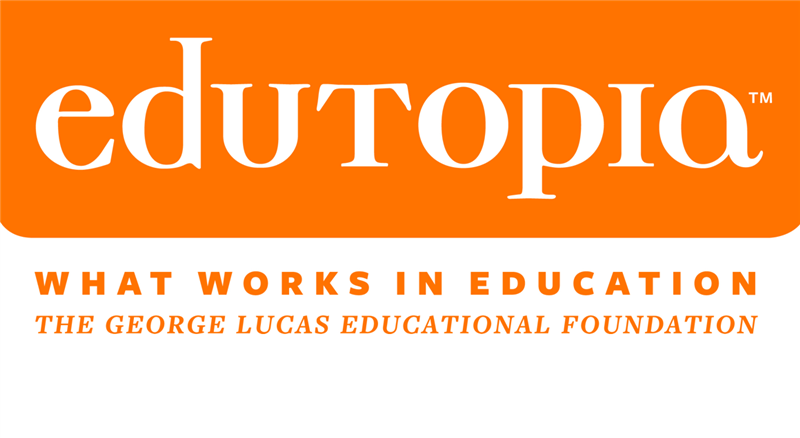 Among the highlights of the two weeks my wife and I recently spent exploring Bryce, Zion and other wilderness wonders of the Southwest, was watching a beaming little girl, about six or seven years old, get sworn in as a Junior Ranger by a National Park Ranger. That moment capsulized all the moments during the trip when we watched kids of all ages drinking in the trails and vistas. We were continually struck by how many happy, engaged kids we saw. This wilderness experience was clearly enriching for them and for their families. At the same time, it reminded me about the relative absence of these experiences from the lives of most kids, and about how little of this connection between children and the wilderness is cultivated by most schools.

Nature as a Teacher

Most of the school-based wilderness programs that I know are associated with adolescents at risk. As one example, at Eagle Rock School in Colorado, all students go through a rite of passage, an initiation, something that has been lost in our contemporary urban and suburban worlds. They take a 21-day wilderness trek in which they learn how much they need to be able to work together. They also develop a deeper connection to the earth.

There are many alternative high schools throughout the country for which outdoor education serves as a high-impact therapeutic alternative to help troubled teens get back on track and develop a sense of personal responsibility. The therapeutic aspect combined with the adventure of wilderness camping has been highly effective in transforming the attitudes and behaviors of adolescents. There are also many public high schools that feature programs with a wilderness component that aren’t specifically targeted for at-risk kids. The TEAM program in Marin’s Tamalpais School District is one of these.

While most adolescents aren’t identified as “at-risk,” there is considerable evidence that an increasing and significant number are stressed, depressed, and/or emotionally detached. Adolescent suicide levels are much higher than they should be. Sleep deprivation is a significant problem. And more and more kids are more connected to their computers than they are to the world outside. Schools and parents would do well to consider that educational programs with a wilderness component could provide both compensation and amelioration of some of the negative effects of contemporary culture.

I’m reminded of a comment by actor Peter Coyote who, discussing a retrospective showing of Akira Kurosawa’s classic film Dersu Uzala, about a man who is deeply connected to the wilderness, pointed out that civilized man suffers by comparison. “All of our ‘advantages’ from another point of view, actually weaken us, have softened our physical bodies and weakened our characters.”

The Need for Connection

There is more at work here than merely “nature education.” Spending extended time immersed in the wilderness can also create a sense of place. It restores a connection between kids and the land. The absence of this connection and the sense of place it helps develop can create a problem in adolescent development.

Screenwriter Stephen Schiff, who grew up in Littleton, Colorado, the site of the Columbine shootings, wrote in the New York Times about how Littleton had lost a sense of place and a sense of character, replaced by what he calls Mall Land, an “anonymous commodified” landscape. Schiff noted that while many blamed media violence and the easy access to guns for what happened at Columbine, he thought something else was at work. “Children who grow up with a sense of place and character know the difference between gunfire on television and real gunfire; they know the difference between the fake deaths of movie actors and the final deaths that can be inflicted on others. [This tragedy] . . . may have stemmed from a loss of perspective that might be one of the unforeseen consequences of a loss of place.”

Too often our schools have nothing to do with character or place and are part of that anonymous monotonous landscape. Too many of our children are more familiar with the mall or town square than they are with the woods that may lie only a few miles away. In my own San Francisco Bay Area, I never cease to be surprised by how many inner city kids have never been in the wilderness, though there are wilderness areas less than a half hour away. And in the heavily wooded county in which I live, few schools integrate those areas into the educational experience.

This can easily be changed in almost every school. I highly recommend that educators and parents take a look at Richard Louv’s wonderful book Last Child in The Woods: Saving Our Children from Nature-Deficit Disorder for its concrete suggestions on what both parents and schools can do. I would also suggest that they take a look at the program at Eagle Rock and the TEAM program, programs that could be modified to fit kids in any school. Additionally, the new book Companions in Wonder: Children and Adults Exploring Nature Together, edited by Julie Dunlap and Stephen Kellert, is an excellent collection of essays that can stimulate other ideas for connecting kids, classrooms and the wilderness.

There are no legitimate “yes, but . . .” answers. This can be as easy as taking an art class to explore the natural art of tidepools on a local beach, or a social studies class to visit woods that were once filled with Native American residents. Once a teacher decides this is important, with some minimal resource help, it can and will happen.

We should spend less time worrying about turning off the TV, computers and smart phones, and more time just turning kids on to nature. All of our children need this in their lives.