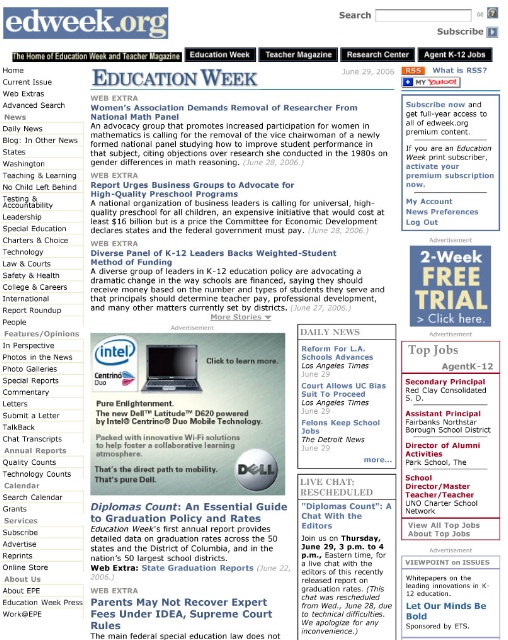 With achievement a variable, other factors of schooling could be absolutes.Time and place, curriculum, learning style, and assessment techniques-all of these could be absolutes.Nine months was the time period judged adequate for deciding if students were ready to pass from grade to grade.Sure, in some areas, student achievement might be A, and in others a C or D, but the element of time-being in a grade nine months and having passing grades-was sufficient for entering the next grade.Being in a high school four years and passing all courses resulted in a walk across the stage and a diploma.For the most part, time could be an absolute, and school could be finished in 12 years.

Of course, I am painting these absolutes with a broad brush.Caring teachers in supportive schools figured out how to make time, place, curriculum, style of learning, and assessment techniques to fit individual learners.

But things are changing.In this age of standards, all students are to be held to the same expectations.Achievement is an absolute, not a variable.The refrain is usually _All students can learn._Embedded in that refrain are the standards developed by a state or district: _ All students can achieve these standards._The underlying meaning is that all students must demonstrate at least a certain level of achievement in order to pass from grade to grade and eventually clutch a diploma signifying graduation.

At my school, we are discovering that, in order to make achievement an absolute, everything that was absolute in the old formula must become a variable. Time, space, curriculum, style of learning, and assessment must be variables in order for the absolute that is achievement to occur. The refrain should be, _All students can achieve the standards if time, space, curriculum, learning style, and assessment techniques are variables._ All students can learn if the learning experience is tailored to the needs of the student.

Eagle Rock School and Professional Development Center, in Estes Park, Colo., enrolls high-school-age students who have not been successful in other academic programs and holds them to the same high achievement expected of all students in the state_s model content standards. Many of the young people who come to Eagle Rock had given up on school. The educators who come to the school_s professional-development center do so to find ways of engaging these type of students in their own schools-those who have dropped out, or soon will. Here are some of the practices we stress:

So, all students _ even those who have not been in school for a couple of years, who were labeled special ed. or learning-disabled, or had used drugs heavily _ have been held to our standards in order to graduate.But under these standards, the school community has build strong scaffolding_and made sure that all else was variable.

Schools throughout the country will have no trouble setting high expectations _ they have their state_s standards, their district_s adoptions or adaptations or the standards, and the national subject-matter recommendations to consult. The next steps will be the hard ones, however.

We graduate students on the basis of competencies, not seat time.The unit of measurement is the competency, not a course.Thus, graduation is not a matter of taking English for four years and getting passing grades.Graduation occurs when a student can document learning related to each competency _ at a level deemed proficient or above, according to rubrics customized to the documentations.

At first, some students proceed very slowly, often concentrating on the personal growth that comes from dealing with some of the issues that have blocked their learning for so long. As those issues are raised and addressed, the students begin to focus on academic learning. They enroll _ much as college students do _ in six-week classes that will help them achieve documentations of the competencies they need to master in order to graduate.

Since classes do not _count_ in the traditional sense of that word, grades are unnecessary.If a student reaches a level of _proficiency_ or better on a documentation, he or she gets that documentation checked off on our transcript, called an _individualized learning plan,_ or ILP.If he or she gets all required documentations checked off, the student is awarded credit for that competency.If he has earned credit by documenting learning in all or most of the competencies, the student can apply to graduate.

But if students do not achieve a level of proficiency or better on a documentation, they do not receive a failing grade.They are simply not readyyet to demonstrate mastery.They operative word is _yet_ because usually it_s a matter of time.Students enroll in a later, six-week class that offers a chance to work towards documentation of learning in that competency.And there_s no punishment for not being ready yet _ no failing grade lowers the student_s GPA or class rank.

Student pathways through the individualized learning plan vary _ that_s why it_s called _individualized,_ not because certain competencies are required of one student but not of another.All competencies are required of all students, but some may need two or three six-week classes to document sufficient learning; others may master learning in one class and document that learning at a level deemed proficient or above.The pathways also vary in terms of learning and assessment possibilities.

Occasionally, we have to translate our individualized learning plan to a more conventional transcript that lists credit hours.Sometimes we have to replace the word _mastery_ with the grades a student would have gotten (always an A or B to be declared proficient).But, more and more, colleges are universities are acknowledging the value of graduating students according to demonstrated achievement of standards, rather than seat time and grades. So, admissions to institutions of higher education have proven less a barrier than we originally thought they would.

· Place of Learning. As long as our students are working toward a competency, it doesn_t matter where they do so. A _class_ may be an internship in town with the pharmacist, accompanied by independent study of chemistry at school. It could be the site of a service-learning project. Eagle Rock students have reported that they _finally understood_ mathematics when they build a handicapped-accessible fishing pier at nearby Lake Estes. When they built a public playground, students report, they learned about civics as well as math, because they were granted interview with local political and community leaders as _payment_ for their labor. They related mathematics to geology and climbing in a six-week class that took them through Wyoming. They practiced reading skills by working with youngsters in a local elementary school.

Students across the country use technology to take them places they need to go to learn.They travel all over the world _ via the World Wide Web _ to get the information they need.Their classroom may, in fact, be a computer with a modem.Some students take courses at nearby community or junior colleges.Will all of these places of learning make schools as sites of learning irrelevant?Probably not, but educators may want to expand their ideas about where students can learn and be ready to be flexible as students are working toward mastering the district or state standards.

·Style of Learning.Many of our students did not learn well in the typical _style_ of their previous schools.In other words, they were not good auditory processors.They could not learn by sitting and taking notes, even if the medium through which information was presented to them was a videotape or a television program.Most tell us they can learn better if they try something out, work on it physically.They are kinesthetic learners.

Whether we subscribe to the multiple-intelligences theory or any of a number of others, most would agree that learning style plays a huge role in a student_s learning, retention, and transfer of knowledge.Sometimes, our staff members plan for styles, making sure that each learning experience can be accessed in a variety of ways.At other times, we simply offer lots of choices to students, so that they can find their own best way to learn.

Our approach does not mean that we ignore the most common school learning styles.Because students will have later learning experiences that require them to listen or read well, we continue to help students improve on those means to learning.But we see no reason why one student can_t learn about the Holocaust, for example, through reading about it, another from visiting the Holocaust Museum, another from interviewing survivors and survivors_ families, and still another by watching films about the Holocaust, all in the same _class._

· Assessment. Often, attention to learning styles stops with choices for learning. It needs to go further. How students are assessed is also an important variable. Some would rather tell a teacher what they know; others would prefer showing the teacher (or a whole class) what they know. Still others would prefer to write about their learning, and others, to make something to represent what they know. The best learning happens when students take on the role of teacher, choosing ways to present what they have learned to other students, so that their own and others_ learning styles are taken into consideration.

Our _documentations_ allow for variety.They are listed on our individualized learning plans and in our curriculum guide as projects or presentations or demonstrations.Sometimes, they are described as a portfolio that might have a wide variety of materials in it.Sometimes, we ask students to document learning in a specific way _ write a composition, for example _ but we are always open to other ways students can show us they have learned.

We know that making the conditions for learning _ time, space, curriculum, learning style, and assessment style _ variable is a difficult task, but we argue that unless it can be done, we are just fooling ourselves when we say that all students can reach the high expectations represented in our standards.Some will say that the system has to change first.Systems are notoriously slow to shift.More likely, the change will start with a single school willing to ask the district (which asks the state) for some sort of variance that time, especially, but also space and learning and assessment styles, can be modified.

If no school takes the first steps to ask, few districts will change. If few districts want to change, few states will take on the magnitude of system wide change.If we believe in standards _ and want to hold all students responsible for achieving them _ we must campaign for conditions that lead to success and eliminate conditions that promote failure.