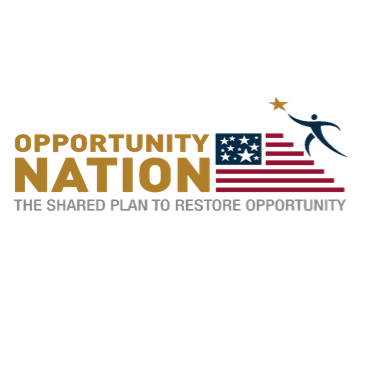 Opportunity Nation includes over 150 non-profits, grassroots organizations, social entrepreneurs, celebrities, elected officials, and thought leaders who are working together to create a bipartisan agenda for reinvigorating the American dream

Dan Condon has been chosen to serve as a one of 130+ national leaders from 42 states and the District of Columbia for Opportunity Nation, a national campaign launching in November that will work to restore access to the American Dream by increasing economic opportunity and social mobility in America. Dan was selected to serve on this distinguished panel because of his commitment to increasing economic opportunity in Colorado through his role as the Associate Director of Professional Development at the Eagle Rock School & Professional Development Center, a Corporate Social Responsibility initiative of the American Honda Education Corporation, a nonprofit subsidiary of the American Honda Motor Company.

Opportunity Nation has formed a powerful, bipartisan coalition of non-profits, foundations, educators, business and political leaders who are working together to put promoting opportunity and social mobility back on the national, state and local community agendas. The campaign will host its second annual Summit at George Washington University on September 18 and 19 with lead partners including TIME Magazine, U.S. Chamber of Commerce, and Steering Committee members Year Up, Jumpstart, United Way Worldwide, World Vision, CFED, Points of Light and America’s Promise Alliance.

Dan will serve as part of the Opportunity Nation Leaders and Scholars Program, a national network of experts with personal experience facing barriers to opportunity and a track record of making meaningful change in their respective communities. Acting as community mobilizers and lending their insight to campaign policy ideas. Opportunity Leaders and Scholars will be essential voices in galvanizing support across the country and making a tangible difference in their communities in 2012 and beyond.