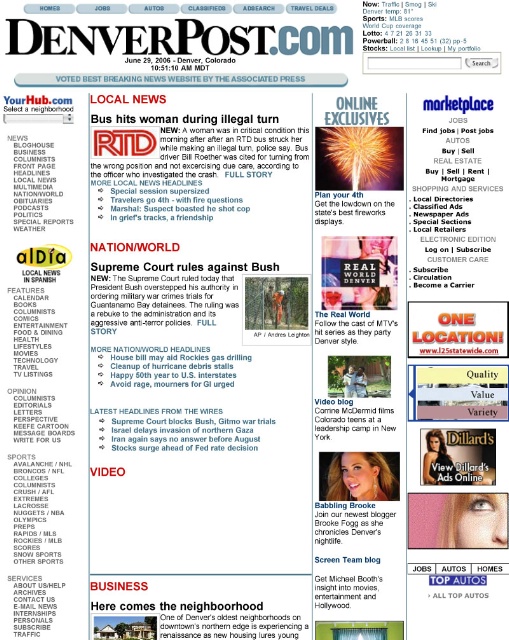 ESTES PARK – When James Masters was 16, he was ready to give up on the public school system and drop out of Centennial High School.

Another teen, Mike Roark, dropped out of Blevins Junior High School in eighth grade, had run-ins with the police and was on the verge of going to jail. “Schools weren’t interesting for me; it was like a playground,” he said.

But in 1994, Masters and Roark decided to give education one last try and moved to a secluded 650-acre campus in Estes Park called the Eagle Rock School.

This is their success story.

At the time, the private school, funded by the American Honda Motor Co., had been open for less than a year, but expectations ran high.

Its goal: for every student, all of whom did not succeed in conventional school settings, to graduate and be productive citizens ready to take on the world.

The school runs tuition-free for students, but costs $3.3 million a year to operate. The initial cost to start the school was $17.5 million, also paid for by Honda. Now nearly 70 students attend Eagle Rock, but it has room to grow to 96.

On Dec. 13, Masters, now 19, and Roark, 18, became the 13th and 14th graduates from the fledgling Eagle Rock School despite early predictions it would never happen.

“I was sure he would’ve dropped out and not finished school because he hated the public school system,” said Masters’ mother, Jana. “I think Eagle Rock has been able to open all these doors in his mind that he didn’t even know were there.”

Now, Masters’ long-term goal is to study philosophy in college and eventually become a professor. He is working at a youth center in Windsor to help teenagers make positive life choices.

Roark had a rocky start at Eagle Rock. He ran away once and got into trouble for violating school rules. But neither he nor the school gave up.

“There’s no sex, no drugs, no alcohol, no violence – it’s tough at first when you’re used to having this front,” he said.

But when asked what he may be doing in 10 years, Roark answered, “Anything I want because I’m capable of it.”

The trip from dropout to graduate wasn’t easy for Roark and Masters. The year-round school expects rigorous academics and continuous learning from the students who attend. The day begins at 6:30 a.m. with morning exercises and doesn’t end until 9 p.m. Periods of the day are set aside for kitchen duty, cleaning the dormitories and reading.

“People drop out like flies,” Roark said. “It’s straight uphill all the way, but there are people there to help you.”

“One-hundred percent of these students were not going to graduate from high school if they stayed where they were,” he said. “Structurally, we’re designed to take the risk.