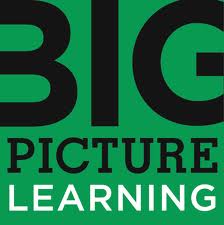 At Big Picture (BP), high school does not conclude when a series of standardized requirements are met and measured with numbers and letters. Instead, Big Picture students experience an education that is designed around their individual needs, passions, challenges, and goals. The Big Picture model asks each student to take control of their education, steering their educational endeavors using their passions as a guide. Students at BP culminate their high school experience with a Senior Thesis Project (STP). The STP is an opportunity for students to use the skills and strengths they have developed throughout high school in order to inspire some kind of change in their community.

On April 4th roughly 60 Big Picture students, advisors, and administrators gathered at the East Bay Met School in Newport, Rhode Island. Members from as far west as Tulsa, Oklahoma and as far north as Winnipeg, Canada gathered for a two-day conference on the Senior Thesis Project. The conference was facilitated by the Professional Development Center at Eagle Rock in Estes Park, Colorado. Since 2009, the Professional Development Center has been designing and facilitating events to support Big Picture leadership nationwide. Eagle Rock is both a professional development center committed to supporting educators from around the country to engage students in ways that inspire continual learning and a full-scholarship residential high school where students explore an alternative path to graduation.

The STP conference got its start in the spring of 2011. Charlie Plant, who at that time was principal and founder of the East Bay Met School, was in search of a way to increase communication amongst both the students and staff at Big Picture schools in the region. He recognized a sense of isolation that had grown out of being enveloped in the work he was doing at his own school. Mary Vieira, the current principal at East Bay, was at that time in her principal residency program focusing on project depth. She began exploring the experimentation of instructional practices that support depth of learning through projects. She believed there was a way to develop common structured instructional processes that would not compromise individualized learning but enhance it. Together Charlie and Mary developed a plan to host a conference that brought Big Picture educators and students together. Charlie had known Michael Soguero, director of professional development, for years and approached him about designing and facilitating the conference. Before he joined Eagle Rock in 2006, Michael was the founder and principal of The Bronx Guild High School in New York which uses the Big Picture education model. His knowledge regarding this particular education model combined with his resources and experience in professional development made him an ideal facilitator. Since the first STP conference one year ago, the number of attendees has grown from roughly 20 people to 60.

Michael framed the conference by pointing out that at Big Picture schools, it is easy to become so focused on the individualized project planning that the larger patterns become hard to see. But it is from those patterns that we can shape and guide our work as educators or even as students. He introduced a guiding question for the conference that was, “What instructional practices contribute to project depth?” He later linked this idea to positive deviance, a concept which asks you to look at the things that are working in order to address the things that are not. If the thing you seek to change has become normal, you may need to dissect how or why your desired result works for some. And so the conference asked participants to examine what the aspects of a successful, in-depth Senior Thesis Project look like.

Conference participants were able to act as panels for brief student presentations given by seniors who had completed successful projects. Cynthia devoted her senior year to investigating human trafficking in Rhode Island. She took a class at Brown University, organized a peace march to raise money for victims of human trafficking, and lobbied for a law that recently passed which bans human trafficking in RI. Corrine applied her passion for environmental studies by travelling abroad to Macedonia where she taught classes about recycling. She also organized an environmental film series in Newport which included guest speakers. These two students, as well as all the other presenting seniors, had successful projects that depended on extensive mentor support, clear organization, and most importantly a passion for their pursuits.

The conference concluded with a circle of acknowledgements. The floor was open for people to recognize other participants for something they admired, learned, or were thankful for. It was in this circle that the success of the conference became apparent. Everyone was walking away with more resources and ideas, but also a deep appreciation for their fellow educators and the students for whom they work to support.

Want to know more or to learn how you can participate in the Fall STP conference, email Mary Vieira mvieira@metmail.org or Michael Soguero msoguero@eaglerockschool.org.