When I first set foot on Eagle Rock School and Professional Development Center’s campus I immediately understood that the school motto — All Who Dare — was truly the foundation of everything that encompasses Eagle Rock. Everything I had read about the school, all of the bold concepts of experiential, project-based learning in a unique mountain setting, crystalized into reality. I met teachers and administrators who dared to do the hard work of rethinking an outdated education system that leaves too many students feeling disengaged, and to meet students wherever they may be in their educational journey. I met students from across the United States who told stories of wildly diverse backgrounds and struggles, all of whom had found a new sense of ownership and engagement in their education while living in this bold community. I had been tasked with creating a simple video to introduce the school and professional development center, but it was immediately clear that there were so many more stories to be told – stories with the potential to have wide-reaching impact on the landscape of education in America.

The art of filmmaking often depends on the serendipitous confluence of message, inspiration, and means – a recipe that came together when Honda approached me with an idea for a film about the value of wilderness education, using Eagle Rock School & PDC as a case study. This film could not have been made without Honda’s support. 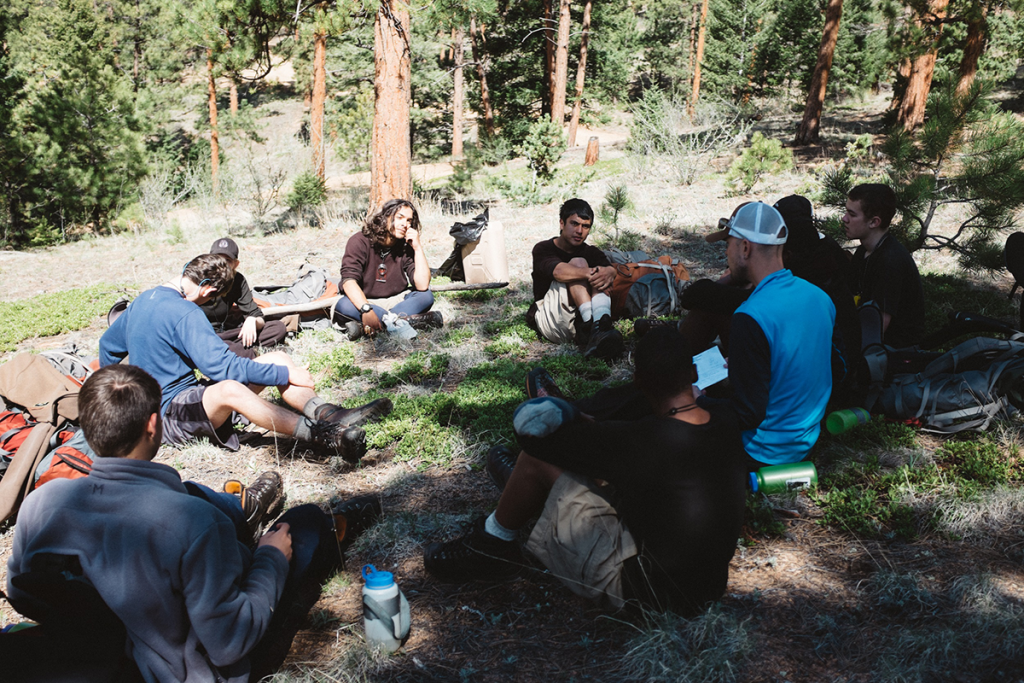 We faced a number of unique challenges in production, many of which sprung from the challenging nature of the Wilderness Course itself, and the limited window of time that we had the opportunity to film with a new group of students. Even if we had been prepared to send an experienced filmmaker for 24 days of difficult hiking in the wilderness, the group of students and instructors from Eagle Rock had already reached the maximum group size allowed by permit in Lost Creek Wilderness, so we could not add a crew member to the group. Instead, our Director of Photography, Joshua Voelker, had two weeks to train Eagle Rock Wilderness Instructor Jordan Cerna in the basics of cinematography. Jordan picked up the skills quickly, and his instincts and close relationships with the students made for some truly fantastic footage of students’ experiences in the wilderness.

The setting in the Rocky Mountains is breathtaking, and the physical demands of the 24-day Wilderness Course are impressive, but ultimately what makes All Who Dare a remarkable film is the students whose stories we follow. Coming from Michigan, Arizona, North Carolina and California; from battles with substance use and family drama to clashes with the law; they did not ask to be teamed up together for a trek that would test their physical and emotional limits. And as their personalities and hang ups clashed together, it became clear that while they may have been ready for “a” change, being asked to change yourself is a whole different journey.

I hope that All Who Dare allows audience members to connect with these students; to journey with them into the unknown; to cheer for them, fight with them, and celebrate with them; and to think about their own personal journeys of growth and self-discovery. Getting far out of the classroom and far away from your comfort zone provides some of the best opportunities for that type of growth. I hope this film sparks a conversation about the ways that wilderness education can provide opportunities for growing in community, empathy, and self-knowledge. America’s youth – young people like the students featured in the film – deserve the opportunity to take charge of their education and to learn more about what it means to dare to live in a bold community, to dare to explore their own capabilities.

About the Director: Growing up on a farm outside of Lake Crystal, Minnesota, Kiera Faye always felt a connection with wide open spaces, and to the transformational power of stories. She earned a degree in Cinema and Digital Video at Northwestern College, Iowa, and continued her education at the Los Angeles Film Studies Center. In 2008, Kiera directed and produced her first feature documentary, “The Sacred Stage,” which enjoyed widespread distribution via Insight Media. Since then, Kiera has followed her passion for visual storytelling to create a successful video production studio, producing online micro-documentaries for non-profits and other organizations across the United States. Kiera lives in Saint Paul with her husband and All Who Dare Director of Photography Joshua Voelker.