Demographics of Our Graduates:
58% women, 42% men; 56% Caucasian, 44% students of color (47% African American, 37% Hispanic or Latino, 13% Asian, Native Hawaiian or Other Pacific Islander, 3% American Indian or Alaska Native). They have come from 30 states.

Meet Some of our Graduates: 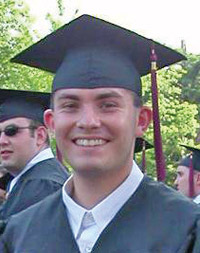 “I do remember the times I was hurting myself,” Jeremy wrote in his graduate autobiography. “For a couple of years, all I did was drink, get high, smoke, and ditch school. When I did go to school, I would show up around my last period…to meet some friends.” He continued, “All of the time I was out getting high, fighting, and not going to school. I was building a police record. A large amount of my early teenage years were spent in jail.”

A New Mexico magistrate finally paid attention to him and, through a drug and alcohol rehab center, he found Eagle Rock. At first, he plain “acted stupid” and was sent home. Coming back on a second chance was the turning point for him. He focused on civil rights, particularly for Hispanics, and service learning and became passionate about sign language. 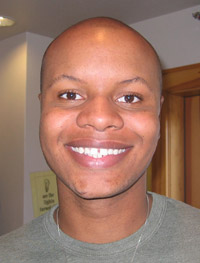 Donnie came to Eagle Rock from a “place of racial hate, individualism, and horrid teaching styles. I was at a point where I could no longer deal with what was going on in my educational life. Not to mention my home life; it was not the greatest, but that I could deal with.”

He summed up his life at Eagle Rock: “A wilderness trip, 33 classes, six trimesters, innumerable challenges, more learning experiences than I could ever count, and 683 days later, I am 26 days from graduating and 26 days from my first day of class at the University of Colorado.” Midway in his progress, Donnie broke one of the five non-negotiables (no alcohol, drugs, tobacco, violence, or sexual relations) and, instead of going home (which was a possibility), did four thought-provoking solos in the Eagle Rock woods.

After graduating from the University of Colorado in Boulder, Donnie served as a Public Allies Teaching Fellow at Eagle Rock School and has since stepped into the role of Society and Cultures Instructional Specialist.

The Eagle Rock Blog is loaded with tons of resourceful reads. Here are some related articles.